This has been expanded from the initial post the previous night. 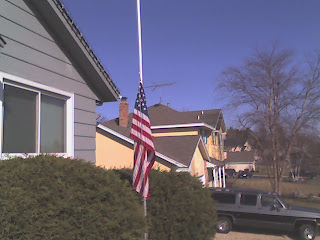 The principle of subsidiarity protects people from abuses by higher-level social authority and calls on these same authorities to help individuals and intermediate groups to fulfill their duties. This principle is imperative because every person, family and intermediate group has something original to offer to the community. Experience shows that the denial of subsidiarity, or its limitation in the name of an alleged democratization or equality of all members of society, limits and sometimes even destroys the spirit of freedom and initiative.

- Compendium of the Social Doctrine of the ChurchFor their clear defense of Life, this is where the bishops, or at least the staffers at the USCCB, get it wrong on reform. Rich Galen summarizes with a rebuttal similar to the one I used with some guy at the service garage last December when he shifted our pleasant conversation in mid-stream from the Vikings and Brett Favre to a litany of "health care reform" talking points:

If I have to buy insurance to drive a car, that's fine. I don't have to drive. I can walk, ride a bike, take the bus, whatever.

If I have to pay an airport tax to help defray the costs of the TSA, that's fine, too. I don't have to get on an airplane. I can walk, ride a bike, take the bus, whatever.

This bill says that I have to purchase health insurance. I don't have to drive or fly, but I do have to live, so that that seems to be a government seizure forbidden by the Fourth Amendment.

Compelling me at the end of gun to buy a service that will degrade from the quality, cost, and freedom of the service I already own (and am free to reject as I see fit, by the way), with the direct object being to subsidize that service for someone else is violently different from using public monies acquired through the tax structure, or deregulating existing anti-competitive government constraints, to help those who desire it, but without the means, to gain the service themselves.

This likely will end up in front of the Supreme Court, whether on Fourth (or based on the burden placed on states, Tenth) Amendment grounds, where the end result is anybody's guess. For better, or worse, this ain't over 'til it's over.
Posted by Scott W at 7:36 AM